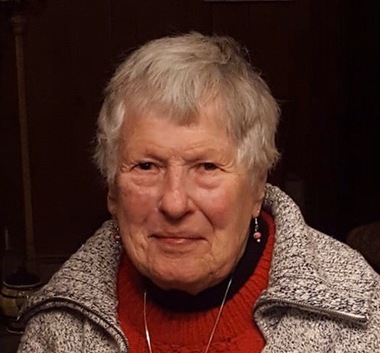 Back to Barbara's story

Barbara Ann Burns, 96, left her family on earth to be reunited with her family in heaven on Oct. 11, 2019. Born on Jan. 16, 1923 to Emerson and Anne (Rickey) Gordon in Pontiac; she was their only child.
Barbara was raised in the country with a Great Dane as her protector and friend. She was an active Girl Scout, spending the summers at Camp Sherwood and sailing the Great Lakes as a Mariner Girl Scout. Barbara graduated from high school a half of a year early and headed to Michigan State Normal College (now Eastern Michigan University).
After a year in college Barbara came home and began working for Michigan Bell Telephone Company. This was during World War II. She started her career there as a teller and later became a supervisor.
She met her first husband, Floyd Vincent, on a blind date that was set up by a coworker. They were married while Floyd was on leave from the U.S. Navy during her lunch hour in November of 1944. Together they started a family, John, David, Julie and Lisa, all of whom were adopted as infants during their marriage. Tragically, Floyd died in 1970.
In July 1973 she married Doyle "Barney" Burns, with whom she shared 46 wonderful years of marriage. Together they continued to raise their family, enjoying life in farm country and traveling throughout the United States.
Barbara was a very talented woman who enjoyed sewing, gardening and painting. Her primary mediums were watercolor and china painting. She loved to golf in the summer, bowl in the winter and play bridge with her friends. She learned and taught Bishop sewing and often sewed dresses for herself and her daughters. She also reupholstered and refinished furniture and grew the most spectacular roses. She learned to play the piano at a young age and was the organist for the First Congregational Church in Central Lake.
She began china painting in her mid to late 60s and found a love for creating beautiful plates, bowls and more. She gifted complete china plate sets to many newlyweds as well as beautiful jewelry, clocks and other porcelain pieces to those celebrating special events or "just because." She even traveled to Europe to tour the factories that made the porcelain.
Barbara also had a passion for the Detroit Tigers. She was a walking Tiger historian, following the team since she was a little girl ... critiquing every Tiger manager, especially when they lost!
She was an active community member; participating as a Central Lake School Board member and Sports Booster as well as a choir member, organist and member of the alter guild at the First Congregational Church.
Barbara's biggest love was her family. She enjoyed spending time with them all. Whether it was watching their sporting events when they were young or dancing at their weddings; she was there to encourage their successes and to comfort them in their failures. She was the rock that held her family together, because nothing was more important to her than her family.
Barbara was preceded in death by her parents, Emerson and Anne Gordon; her first husband, Floyd Vincent (1970) and her second husband, Doyle Burns (2019).
She is survived by her children, John (Tami), David, Julie (Chris Jones) and Lisa (Larry Harris); four grandchildren; Christine and Lissa Vincent and Dean and Emily Harris; and two great-grandchildren, Wyatt Bruce and Sophia Harris.
Visitation will be held from 4 to 6 p.m. on Sunday, Oct. 20, at the Central Lake Chapel of Mortensen Funeral Homes. The funeral service will take place at 11 a.m. Monday, Oct. 21, also at the funeral home, followed by a graveside service at Dunsmore Cemetery. After the graveside service, a luncheon will be provided at the First Congregational Church in Central Lake.
In lieu of flowers, donations may be made to First Congregational Church for the youth mission program in memory of Barbara Ann Burns, 8066 West State St., PO Box 326, Central Lake, MI 49622.
Please sign her online guestbook www.mortensenfuneralhomes.com.
Arrangements have been handled by the Central Lake Chapel of Mortensen Funeral Homes.
Published on October 16, 2019
To plant a tree in memory of Barbara Ann Burns, please visit Tribute Store.

Plant a tree in memory
of Barbara

A place to share condolences and memories.
The guestbook expires on January 13, 2020. 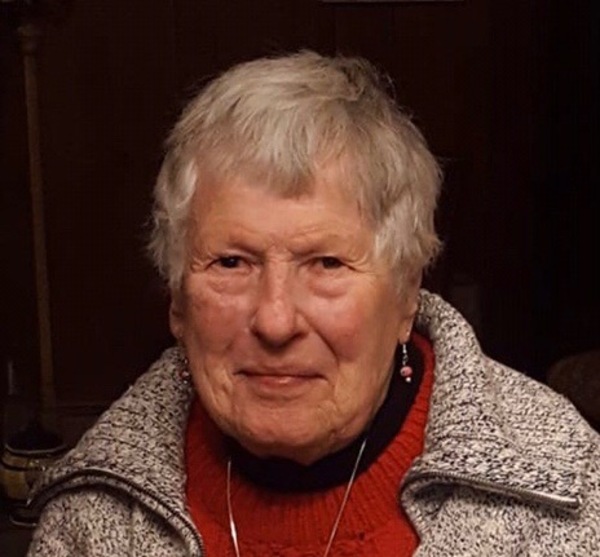