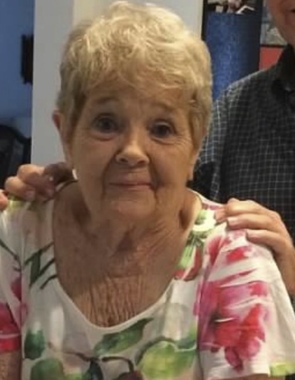 Back to Beverly's story

Beverly Theresa Lockridge a long-time resident of Florida, most recently of Weeki Wachee, Florida passed away on Sunday, Jan, 5, 2020.
Beverly was born in Grosse Point on Sept. 11, 1934 to Fredrick Hebert and Rita Gallant.
She was a graduate of Grosse Pointe High School. On April 17, 1964.
She married Charles Lockridge. They relocated to Traverse City, in the early 80s before retiring to Florida in 1988. In 2019, they celebrated 55 years of marriage. They valued the family they built together above all else and cherished the time they could all spend together. She was surrounded in the love by her family when her final wish of going to heaven was granted.
Beverly's greatest joy was her four daughters (who she affectionately called her "sassy birds"), Rene Harrison, of Sterling Heights, Julie (James) Catalina, of Macomb County, Kelly (Ronnie) Cannon, of Brooksville, Florida and her baby, Gail Lockridge, of Traverse City.
She devoted her life to raising her girls and supporting them in all of their endeavors. She succeeded in not only being the best mom they could have asked for, but also becoming a treasured friend and confidante to each of them. Her home-cooked meals, daily phone calls, and constant words of encouragement will be missed by her daughters.
In addition to her husband and daughters, she is also survived by her grandchildren, Lexi and Spencer Akey, Corrie, Sarah, Kristen, and Austin Cannon, Tony, Joe, Michael, and Niki Catalina and Jodi, Christi ,and Carlene Harrison; as well as many great-grandchildren. She also called the grandchildren "sassy birds" too.
She was preceded in death by her brother, Wayne (Judy) Hebert in 2012.
A private service was held with family in Florida.
A small memorial is planned for summer 2020 where her family will fulfill Beverly's wish to have her ashes scattered on the Old Mission Peninsula.
Published on January 15, 2020
To plant a tree in memory of Beverly Theresa Lockridge, please visit Tribute Store.

Plant a tree in memory
of Beverly

A place to share condolences and memories.
The guestbook expires on April 13, 2020.

Brian Hebert
Don't know where to begin. She put up with a lot with me lol, I didn't get to see her often but when I did it was great. I used to go up visit with my dad when Rita was sick. I also stayed with Aunt Bev and Uncle Chuck to snow ski around Thanksgiving. I remember my Aunt Bev worked at a restaurant and was loved by all the locals and me. I remember her being straight forward and funny, and one time I accidentally hit a dog while driving in a snow storm, think I just turned 16. She embellished the story a bit or maybe I did lol, but she would never let me live it down. I remember she was a great story teller and how funny she was. And I love how active she was on Facebook , she was my #1 supp...orter , I could do no wrong. I talk about her to friends and will toast a Manhattan to my favorite aunt. Miss ya and love you Aunt Bev, give my dad and brother a hugRead more
Cathy and Daryl Phillips
We lived next door to the Lockridges for many years at Old Mission Bev was a second mother to our 3 children.My kids frequently said “ Bev I need you “ she always answered their call. Hungry,fever,diaper change Bev was always there for them. She would take a golf flag with her when visiting a neighbor,so my kids could find her. We could not ask for a better friend and neighbor. We will miss you,and cherish our times together.
Eric Charest
My message is to gail and your entire beautiful family. Words can not Express my deepest and most heartfelt apologies for ,what I have come to see As your most amazing mother. When a person is so very special, so very connected To her family and children. This makes it even more heartbreaking. I am and will always be so so sorry for your loss. Thank you so much for sharing her beautiful memory .
Roxanne Finch-Mannello
I remember your mom as such a spirited, fun and happy lady. You are all so fortunate to have had such a close and long relationship with her. Of course, that makes losing her all the more painful. Your many wonderful memories of her will bring you comfort. My sincerest condolences.
Anna judway
Bev & I were neighbors in SCC, even living that close we became close friends on the phone. She & Chuck watched out for me when my husband passed. She was there for me thru my grief & ever since. I moved to Tn. In March last yr & we were even closer by phone. I looked forward to hearing her soft voice & most importantly caring & loving ear. I loved that lady dearly & miss her so much. I know she is at peace but, it's like when my husband passed, now we are hurting.i will remember her always with love 💕💕💕
View all 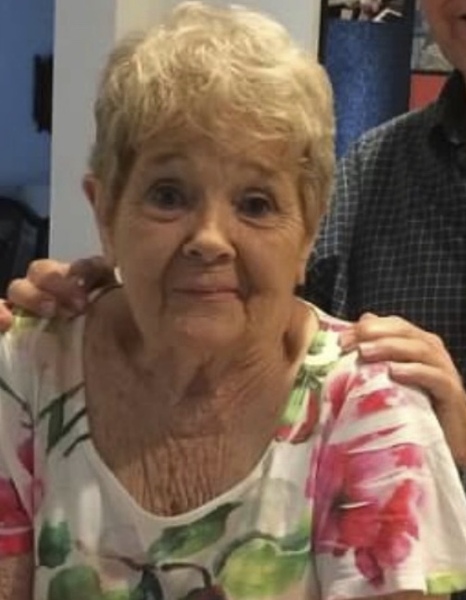