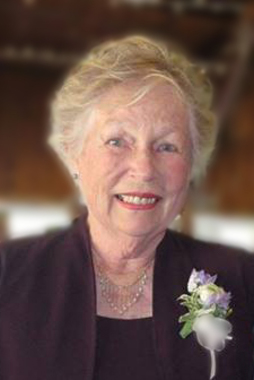 Back to Clara's story

Clara Belle McManus, 89, of Traverse City died peacefully at her winter home in Naples, Florida, with her husband of 70 years, George, at her bedside.
Clara was born on a cattle farm in Long Lake Township to Julius and Ellen (Courtade) Kratochvil, the third of six children. She attended the Howard Rural School, Traverse City Public Schools, and graduated from Saint Francis High School, class of 1948. On Aug. 16, 1949 Clara married George A. McManus Jr. They moved to the Michigan State University campus, where he attended college and she started classes at the St. Lawrence School of Nursing.
The Lord had other plans though, as the babies started arriving. Nine of 10 children survive Clara, Lisa McManus (Stuart Saints), Molly (Nick) Agostinelli, Peggy (Rick) Egelus, Kate (Mike) McDonald, Kerry (Jamie) Canellos, George (Laurie) McManus, John (Michelle) McManus, Bridget (Ron) Popp, Matt (Jackie) McManus; along with 23 grandchildren, 36 great-grandchildren and one great-great-grandchild.
Also surviving Clara are sisters, Eileen Milner, Luella Wilson; brother-in-law, Jerry Benton; sisters-in-law, Janet Chouinard, Jean Kratochvil, Leona McManus, Gloria McManus; and in-laws, Art and Judy McManus, Mike and Janet McManus, Freida and Roger Thompson; and extended family too numerous to mention.
Clara managed the cherry farm on Garfield Road and raised the family in the house where George and Clara lived together for more than 60 years. Their massive garden and fruit orchards helped feed the family as well as many hungry people in the community. She was committed to her faith, family, hospitality and hard work, traits she encouraged in her children. Clara was a kind and gentle soul, but if there was a need, she labored to get the job done with grace and quiet determination
Among her many accomplishments include appointments in 1973 and again in 1975 to the State of Michigan Agricultural Marketing and Bargaining Board. She served as a member of the Zonta Club, the Farm Bureau and was a supporter of the Grand Traverse Area Catholic Schools. Clara was a major fundraiser for the Grand Traverse Pavilions and the PACE Program, with Emeritus designation in 2019. She worked bake sales, taught 4-H and opened her home for nearly 30 years to foreign exchange students from around the world. She loved her Detroit Tigers and Michigan State Spartans.
Preceding her in death were a daughter, Rosemary Ann (deceased at birth); brothers, Dr. Richard Kratochvil, Charles Kratochvil; sister, Naomi Benton; in-laws, Francis McManus, Ronald and Antoinette Lints, D. Patrick McManus; and son-in-law, Amin (Moon) Nurmohamed.
Visitation will be held at Saint Francis Catholic Church Friday, May 1, from 5 to 8 p.m., with the rosary at 7p.m.
On Saturday, May 2, visitation will be at 9 a.m., followed by a Funeral Mass at 10 a.m., also at the church. Interment will be in Saint Joseph's Cemetery, Mapleton.
The family would like to thank all of Clara's caregivers, particularly Kate and Mike McDonald, who took special care of our mom to the end.
In lieu of flowers, Clara has asked that donations be made in her name to your choice of the following: Mass Intentions; The Grand Traverse Pavilions/Pace Program; or Grand Traverse Area Catholic Schools.
Please visit www.reynolds-jonkhoff.com to share your memories and condolences with the family. Clara and her family are being cared for by Reynolds-Jonkhoff Funeral Home.
Published on February 2, 2020
To plant a tree in memory of Clara Belle McManus, please visit Tribute Store.

Plant a tree in memory
of Clara

A place to share condolences and memories.
The guestbook expires on April 30, 2020.

Sun Nurmohamed
I was one of the foreign student who came to the McManus farm in 1973. I got to work on their farm and got to know the most honest, loving and helping family. Clara ran the day to day activities on the farm......she walked softly with a big stick to get things done on the farm and in the house.
She helped me get my brother enrolled at the NMC college. Her sister Eileen helped me set up my younger brother at her brother in laws place till I was able to bring my parents and him to Canada.
I owe everything to the McManus family for all the help they gave us. I will surely miss you Clara....I know you are in Heaven and REST IN PEACE.
Roleen Carpenter
We share in your sadness in the loss of Clara. She was a special person for sure. My memories, as a cousin, go back many years to the times we played games at Sunday potlucks at Grandma's house on Secor Road. Losing Clara, Richard and Naomi in such a short time is certainly a reality check. However, the faith that we share keeps us strong in knowing that we will be with them soon-young again, and our sorrows on this earth all forgotten.
Mary Lake
Katie, so sorry to hear about your Mom( and Moon!) sending thoughts and prayers to you and all of your family....
View all 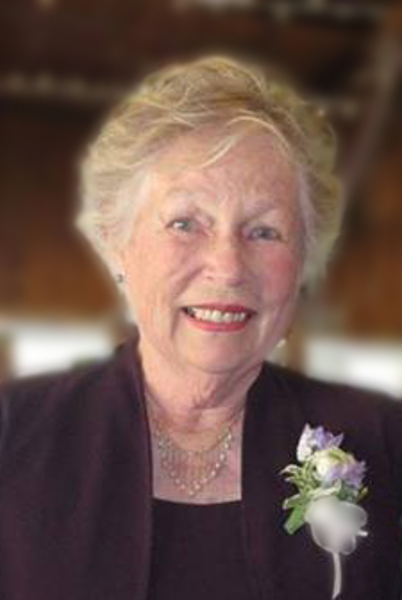