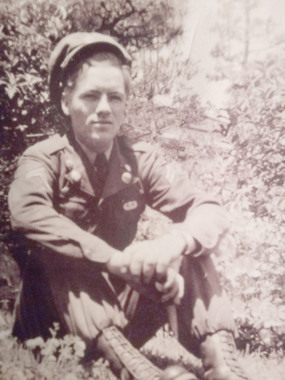 Back to David's story

In the early days of the Korean War on Dec. 6, 1950 at the battle of Chosin Reservoir, Sgt. David A. Feriend, of Kingsley, was declared missing in action. A friend of the family brought the telegram to the home, looked at David's mom and lamented, "I'd rather chop my arm off than give this to you." Thus began 70 years of uncertainty and doubt until, in August of this year, his remains were positively identified and the young sergeant who went to war in 1950 will finally return from his tour in 2019.
David was born to Charles and Ida (Newmarch) Feriend on May 29, 1927. One of six children, David's sister, Irene, remembers him as a loving brother and a good son. He was helpful to his mom and dad by pitching in around the house and helping his dad with his work as a lumberjack.
David attended Fife Lake High School but joined the U.S. Army just short of graduation. He loved serving with the Army and volunteered for airborne training, where he earned his Parachute Wings. After his first enlistment David returned home but money was scarce and not wanting to be a burden to the family, he re-enlisted in the Army.
This time David found himself serving as a Sergeant with Headquarters Company, 3rd Battalion, 31st Infantry regiment, 7th Infantry Division and was a soldier headed to war in Korea. His unit was attacked near the Chosin Reservoir in a brutal siege that would last 17 days in the freezing weather. Sgt. Feriend was last seen driving through the battle, recovering wounded soldiers and transporting them out of harm's way. Officially listed as MIA in 1950, he was reclassified as KIA in 1953 but his parents and siblings never lost hope, fearing he was a POW in North Korea. They continued to write letters to the government to do more to bring David home. His parents passed away, his brothers, Howard, Loyd and Ray have passed on, and now David's sisters, Irene and Doris, know the truth about what happened to David nearly 70 years ago.
David will arrive at Gerald R. Ford Airport in Grand Rapids on Oct. 11 at 9 p.m. and will be escorted to Kingsley. Visitation will be at Covell Funeral Home Sunday, Oct. 13, beginning at 11:30 a.m. followed by a committal service with full military honors at 1 p.m., at Evergreen Cemetery in Kingsley.
Memorial contributions are welcomed in honor of David to VFW Post 2326 in Grand Haven.
Arrangements are entrusted to Covell Funeral Home, Kingsley.
Published on October 9, 2019
To plant a tree in memory of David A. Feriend, please visit Tribute Store.

Plant a tree in memory
of David

A place to share condolences and memories.
The guestbook expires on January 06, 2020. 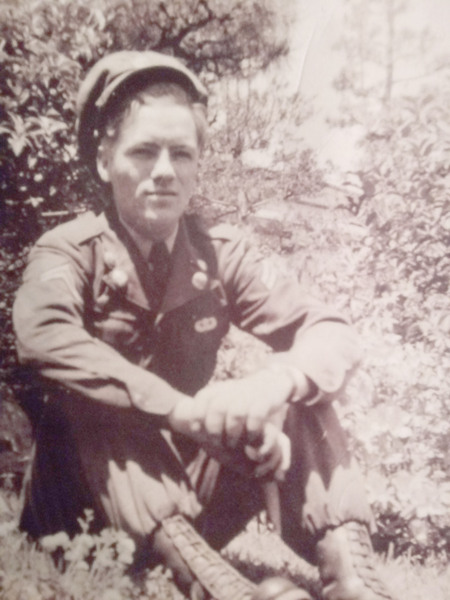