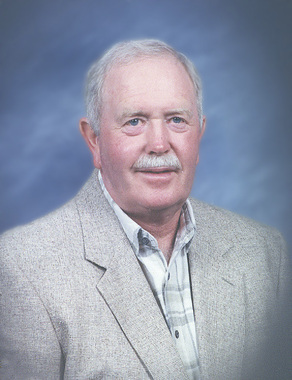 Derald Wayne Stanton, age 81, died peacefully in his sleep on Oct. 26, 2019 in Traverse City following medical complications due to a fall at home. Derald was born on Oct. 16, 1938 in Reed City to Delbert and Dorothy (Earnest) Stanton.
He graduated from Reed City High School in 1957. He honorably served in the United States Army while stationed in Pennsylvania and Alaska.
He married Bonnie May on Dec. 10, 1960. They moved to Traverse City in 1961 to raise their family, and Derald began working for Traverse City Light and Power as both a lineman and serviceman, retiring after 32 years. He took pride in serving the community he loved. His children and grandchildren grew up with this admonition: Compete only with yourself; leave more on the table than you take; and put service above self.
Derald was a volunteer probation officer supporting the youth of Traverse City in the 86th District Court Probation Program for many years. He was a board member of the Michigan Municipal Employee Retirement System and a member of the Traverse City Exchange Club. He was a proud supporter of the National Writers Series, co-founded by his son.
He was an excellent listener, patient father and encouraged his children to pursue their goals. His son, Doug, found enormous inspiration in his father's belief that people without a voice should be given one.
Derald was an avid reader, especially of history, and he had an excellent eye and ear for what made a good story. This talent, combined with a long familiarity of the community, made him an excellent source for news, upon which his son, Doug, and daughter-in-law, Anne, a reporter, often relied.
Derald had a real sense of adventure and enjoyed traveling with his wife, often taking them to visit their grandchildren in Colorado and Montana; he loved his annual pheasant hunting trips to South Dakota with family and friends; and in his younger years, he enjoyed snowmobiling and sailing. He enjoyed riding his bike "Blackie" with his motorcycle group every Wednesday. He also frequently rode the countryside with Bonnie, Doug, Debbie and his grandchildren. He had a passion for talking politics, community service and gathering people together. He loved family dinners and long dinner table conversations. He enjoyed bringing his grandson, John, to his weekly men's coffee group and chatting over a cup of joe about current events, politics and the "common good" at the Grand Traverse Pie Company.
Derald's grandchildren, John, Katherine, Will, Genessa and Wylie, brought so much joy to his life. He enjoyed taking them on summer fishing trips around the lakes of Michigan, as well as rides on his motorcycle. He supported them on all academic and social fronts and guided them to find their way in the world. No matter where his children went, they were met by someone on the street who stopped them to say, "Your dad's a wonderful guy."
He's remembered by his friend, Wes Nelson, and all who knew him in this way: "Derald is my inspiration in striving to be a humble, caring and friendly person."
All who knew Derald will miss him.
Derald is survived by his wife, Bonnie; his two children, Doug (Anne) Stanton and Debra (Tony) Demin; grandchildren, John, Katherine and Will Stanton and Genessa and Wylie Demin; sister, Marilyn Bott, of Midland; sister-in-law, Vickie Stanton, of Traverse City; and numerous special nieces and nephews.
He was preceded in death by his parents and his brother, Milton Stanton.

Visitation is scheduled for Friday, Nov. 1, from 4 to 6 p.m., at Reynolds-Jonkhoff Funeral Home at 305 Sixth Street in Traverse City. The funeral will be held on Saturday, Nov. 2, at 11 a.m., with visitation at 10 a.m., at Central United Methodist Church at 222 Cass Street in Traverse City. Immediately following, there will be a luncheon for family and friends at the church.
In lieu of flowers, please consider donations to the National Writers Series, 1200 W. 11th St., Traverse City, MI 49684; and Munson Healthcare Hospice, 1105 Sixth St., Traverse City, MI 49484.
A special thank you is extended to Just Like Family Homecare for their compassionate nursing care for Derald and his family.
Please share your memories of Derald with his family by visiting his online tribute page at www.reynolds-jonkhoff.com.
Derald and his family are being cared for by the Reynolds Jonkhoff Funeral Home and Cremation Services.
Published on October 30, 2019
To plant a tree in memory of Derald Stanton, please visit Tribute Store.

Plant a tree in memory
of Derald

A place to share condolences and memories.
The guestbook expires on January 27, 2020.

Restore the guestbook to view the 4 more posts by family and friends, and share a memory or message of condolence of your own.