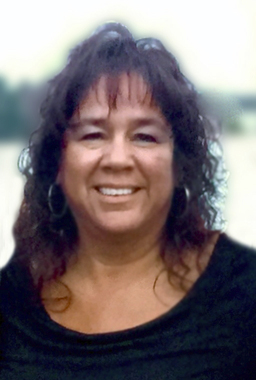 Back to Joanne's story

- Joanne Lee (Anderson) Winowiecki, 50, of Traverse City, passed away at Munson Medical Center on Jan. 17, 2020. She was born April 2, 1969 in Traverse City to parents, Thomas J. and Victoria (Mashka) Anderson.
Joanne attended and graduated from Traverse City High School. She also completed training as a cosmetologist.
She worked hard for TCAPS as a school bus driver for 20 years, oftentimes dressing up in costumes for her little passengers.
She married the love of her life, Scott Winowiecki, in 1992. In total, they spent 36 years together.
Joanne left her mark on this world in so many ways during her young life. She was very proud of her Indian heritage, belonging to the Grand Traverse Band of Ottawa and Chippewa Indians. She was an honest and fair person, loyal and a fierce protector of her family. She was the glue that held it together.
Though we already feel lost without her, we must keep honoring her through how we choose to live - respectfully, positively and full of love.
As a mother, her proudest accomplishments were her two sons and grandchildren. Joanne was always the biggest supporter of her loved ones but also wasn't afraid to call you out if necessary. Joanne's caring and giving spirit could be seen through her amazing baking skills, passed on to her by her beloved Grandma Harp. Anytime the need arose, or she just simply felt like it, she would bake in order to give to others.
She was an avid boater and sun worshiper. Being on the water, especially East Bay, was her happy place. She and her family spent countless hours traversing local waterways and beaches soaking up the summer sun. Joanne was a sports fanatic, paying especially close attention to basketball and football. Her relationship with the Detroit Lions was "strained," but she still loved them dearly. Joanne leaves behind her husband and best friend, Scott Winowiecki; sons, Craig (Dana) and Kellen (Taylor Russnak); grandchildren, Harken and Aria Winowiecki; granddogs, Coco and Nash; sister, Lisa (Joe) Cox; brother, Tom Anderson; father and mother-in law, Fred and Judy Winowiecki; her second mom, Lyndelle Core; nieces, nephews and extended family; and many treasured friends.
She will be met by her parents, Thomas J. and Victoria Anderson; brother, Eddie Anderson; and dogs, Sadie and Knox.
A memorial service honoring Joanne will take place Friday, Jan. 24, 2020, at 11 a.m., at Reynolds-Jonkhoff Funeral Home, 305 Sixth St., Traverse City. Visitation will take place one hour prior to the service, as well as on Thursday, Jan. 23, from 6 to 8 p.m., also at the funeral home. The holy rosary will be prayed at 7:30 p.m.
Joanne's family asks that memorial contributions be directed to her grandchildren, Harken and Aria, to start a memorial fund for them.
Joanne and her family are being cared for by Reynolds-Jonkhoff Funeral Home and Cremation Services; www.reynolds-jonkhoff.com.
Published on January 21, 2020
To plant a tree in memory of Joanne L. Winowiecki, please visit Tribute Store.

Plant a tree in memory
of Joanne

A place to share condolences and memories.
The guestbook expires on April 19, 2020.

Becky Collier
Our thoughts and prayers are with Scott and family. May your priceless memories and love for each other help you through this sad time.
Joanne was such a beautiful and special person. She will be missed by so many because she lovingly touched the hearts of those who were blessed to know her.
Shoshana Schichtel
You were such a wonderful woman and made such a difference to so many!! God rest your beautiful soul.
Gail Maison
So sorry to hear of Joanne's untimely death. I worked with her at the TCAPS transportation dept. Although I did not know her well, I remember that she always seemed to be smiling and cheerful.
I'm sure her family and friends will miss her terribly. Peace be with you all...
Patti
My thoughts are with you during this difficult time of loss. Whenever I was out and about and seen Joanne she always had that great smile. Please extend my sympathy to your family.
Lisa Priest, and Barb Mathews
So saddened by the news, She was an amazing person, and I will never forget the many happy memories of her joy and laughter!
Helen S
Joanne touched the hearts of many children she bused over her 20 years of driving. She drove my grandchildren and they still talk about the day a tree just fell on the bus as they were going down the road. and according to my Grandkids she didn't even get scared. Joann always gave more then what was required of her. She will be missed but not forgotten. We love you Joanne
Gordon, Lou and Family

Fairest of All was purchased for the family of Joanne L. Winowiecki by Gordon, Lou and Family.  Send flowers

Tender Tribute was purchased for the family of Joanne L. Winowiecki.  Send flowers

Tutti Thiel
We are sooooo sad to hear about Joann!! She was so young. I'll always remember her smile.
Renee Fineout
We are so sorry for this enormous loss. Joanne was a beautiful soul. She will truly be missed. I loved how her hair smelled, that smile, the shear beauty of her. R.I.P dear Joanne.
Terry Werner
I am so sorry to hear about Joanne ‘s passing. My mother would be saddened to hear.
View all 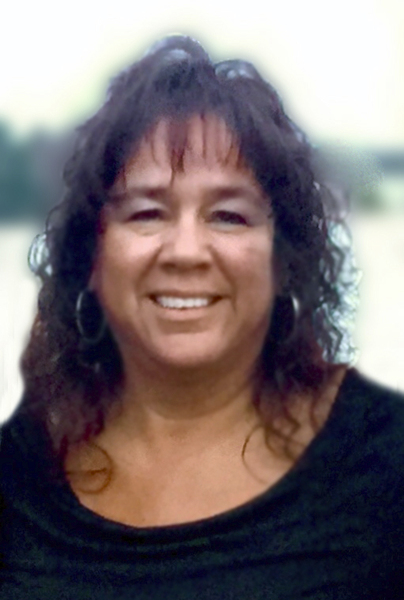