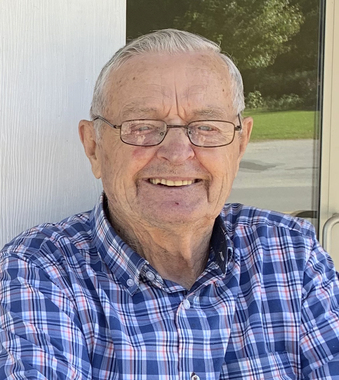 Back to Joseph's story

Joseph Sylvester Fleis, 92, of Cedar, passed away Friday, Feb. 21, 2020 at Cherry Hill Haven, Traverse City.
Joe was born on May 12, 1927 in Cedar, the son of Thomas and Agnes (Pleva) Fleis. On Sept. 3, 1955, he married Lucille A. Zywicki at Holy Rosary Church in Isadore. She preceded him in death on June 16, 2006.
Growing up, Joe worked on the Fleis family farm and later served his nation in the U.S. Army, seeing service in the Korean War. Private Second Class Fleis was a member of the 7th Infantry Division and was awarded the Combat Infantry Badge.
Joe was a lifelong resident of Cedar. He was a devout Catholic and member of Holy Rosary Church. In his youth he was an altar server and later church usher. Joe was a 40-year member of the Knights of Columbus.
Upon returning from the military, Joe worked as a mason for over 35 years for Hohnke Construction, and later Easling Construction. He continued to do side jobs far beyond his retirement. His creative stonework can be seen in homes and businesses throughout the county.
Joe and his brothers would have frequent family gatherings where they played euchre and listened to Polka music. He was an avid sports fan; he loved the Detroit Tigers, Lions and Pistons. He also encouraged his children to participate in sports and was their biggest fan. He enjoyed marching annually in the Cedar Polka Festival Parade and was proud of his Polish heritage.
Later in life Joe enjoyed the casino and his daily 4 o'clock happy hour at the Cedar Tavern, graciously driven there by his wonderful caretaker, Patricia. Folks in Cedar may remember seeing Joe traveling to town on his golf cart or his lawn mower.
Joe is survived by his five children, Agnes (Tom) Mikowski, Karen (Tim) Maskill, Donna Gonder, Dennis (Lisa) Fleis, Camille (Derek) Paquette; daughter-in-law, Rebecca Fleis; grandchildren, Tina, Tommy, Suzy, David II, Brian, Sarah, Alex, Lindsey, Leah, Taylor, Adam and Sydney; his great-grandchildren, Henry, Frank, Joseph, Teresa and David III; and his sisters; Agnes Williams and Theresa Rosinski.
In addition to his wife, Joe was preceded in death by his son, David; brothers, Leo, Edward, Roman, Albin, Clem, Tommy, Tony; and two sisters, Sr. Mary Therese Fleis and Susan Fleis.
The mass was celebrated February 25 at Holy Rosary Church of Isadore. Fr. Bradley Nursey served as celebrant. Burial at Mt. Calvary Cemetery will be announced in the spring.
Memorials may be directed to Holy Rosary Church, 6982 S. Schomberg Road, Cedar, MI 49621 and/or the Ed and Irene Fleis Education Foundation, 6060 Grand Haven Road, Norton Shores, MI 49441.
Please share condolences and memories with Joe's family at www.martinson.info.
Arrangements are with the Martinson Funeral Home and Cremation Services of Leelanau.
Published on February 27, 2020
To plant a tree in memory of Joseph S. Fleis, please visit Tribute Store.

Plant a tree in memory
of Joseph

A place to share condolences and memories.
The guestbook expires on May 26, 2020. 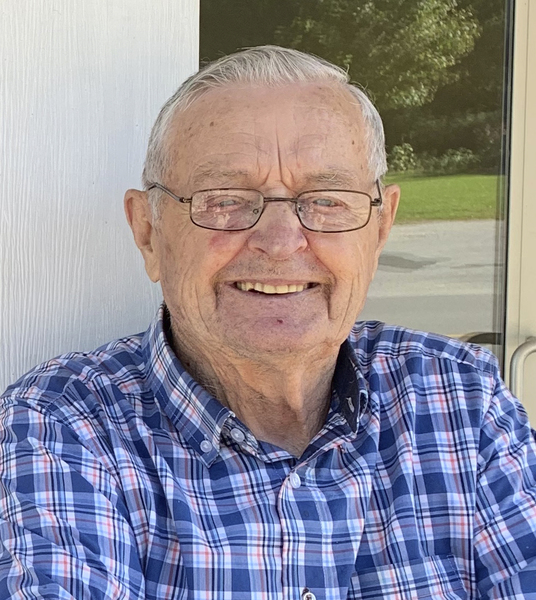