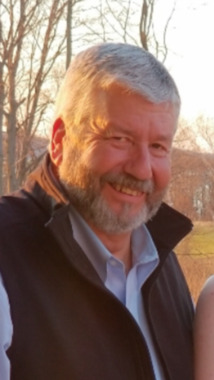 Back to Michael's story

Michael "Mike" David Hess, 64, left this earth way too soon on Dec. 31, 2019. Mike was born in East Lansing on Nov. 23, 1955 to Robert A. (Shirley) Hess and Barbara Zaiss Hess (Roger) Bolden, and brought home to the great Michigan State University campus. Mike was the oldest of what turned out to be nine overall siblings who include Margery (Terry) Loree, of Traverse City, Scott (Teresa) Hess, of Roscommon, Wendi (Brett) Barber, of Traverse City, Bobbi (Chuck) Palmer, of Sault St. Marie, Amy (Coy) Vaughn, of Chelsea, Elizabeth Hess, Debbie (Ron) Johnson, of Northport, Melanie (Ed) Perfetto and Scott (Jennifer) Bolden, all of North Carolina.
Mike grew up in Detroit, Berkley and Royal Oak and graduated from Shrine of the Little Flower High School in 1973. He moved to Roscommon in 1974 and attended Kirtland Community College for a short time, where he studied theater and the arts, earning lead roles in multiple musical productions.
After a short venture as co-owner of The Roadhouse Tavern in Higgins Lake, he discovered his love for selling cars and earned his indisputable work ethic of "always being there," which lasted more than 35 years. In his capacity as salesman and sales manager, first with the Grand Traverse Auto Group and the last 26 years at Williams Auto Group family, he mentored more young men and women than one can imagine. Everyone who knew him respected him and recognized him as one of the hardest working, dedicated men in the automobile sales industry.
While he loved to work, nothing was more important to him than his family. Mike was born with a heart of gold and was a loving husband, wonderful father and incredible grandfather. His love for his wife, Diahn Miller-Hess, and five children was surely what made his heart beat each day. Mike always said his greatest joy was watching his family grow.
Mike also had a love and loyalty to all the friends he made over the years. Mike knew almost everyone in Traverse City and people loved to be around him. With his open arms and contagious smile every HessFest was sure to be a great time.
Mike had an avid love for football (Go Raiders!), the Michigan State Spartans and NASCAR. He also enjoyed listening to all kinds of music, spending time with his family and friends and being with his beloved wife, Diahn Miller-Hess.
Mike was preceded in death by his father and best friend, Robert Hess; stepsister, Elizabeth Hess; and mother and father-in-law, Bernie and Deanna Miller.
Mike is survived by his loving wife, Diahn Miller-Hess; all five of his beautiful children; daughter, Brittany and son-in-law, Scott Musselman, of Traverse City; son, J.R. and daughter-in-law, Mariah Hess, of Traverse City; daughter, Delaney Miller (Lucas Little); son, Anthony Miller; daughter, Makennah Miller; and the most recent spark in his life, his only grandchild, Izabella Hess.
Mike is also survived by his mother, Barbara Bolden; and stepfather, Roger Bolden; entire Hess, Zaiss and Bolden families, including nieces and nephews; the Wolf-Miller family; the Williams family; the Stinson family; the Musselman family; his colleagues at Williams Auto; and many, many friends.
Mike was his family's rock, who provided unconditional love, wisdom and support. He was a truly amazing man, son, husband, father, brother and friend. His love, quick wit, humor, intelligence and magnanimous personality was known and will be forever missed, not only by his family but by everyone who was blessed to have known him.
A celebration of life, in true Mike Hess fashion, will be held on Saturday, Jan. 11, 2020 at the VFW Cherryland Post 2780, 3400 Veterans Drive, Traverse City, MI 49684. Visitation will begin at noon with a brief ceremony at 1 p.m. Afterwards, visitation will continue until 5 p.m.
In lieu of flowers, memorial donations can be made to the family through the Reynolds Jonkhoff Funeral Home in Traverse City.
Share a memory of Mike at www.reynolds-jonkhoff.com.
Mike and his family are in the care of the Reynolds-Jonkhoff Funeral Home and Cremation Services.
Published on January 5, 2020
To plant a tree in memory of Michael D. Hess, please visit Tribute Store.

Plant a tree in memory
of Michael

Tim Drake Sr.
Mike was a great friend, and go to @ Williams Chevrolet. I enjoyed his company where ever I ran into him in TC. He will be greatly missed every place he graced with his warm & welcoming presence. I will miss him.
Harry kerlin
Rest in peace my friend,I will miss you
Duke Johoske
Hard to believe the guy who sold me a minivan and had so much fun chasing a white ball with weapons of grass destruction has left us. He was full of life and fun and loved HIS FAMILY.
Carly Snider
I also didn’t have the pleasure of knowing Mike, but know his wife. Diahn is a wonderful teacher and support person and dearly loves her children which she talks about often. Diahn talked very highly of her husband and had great respect and love for him. Diahn and her family will be in our prayers during this difficult time. Prayers and condolences to her and her family.
Lisa Heck

The Hess Family has been part of my life since the day I was born. Michael was leader, we where the followers. Michael smile will remain in my heart forever. Peace and blessings to the whole family in your time of grief. Lisa

Brenda and Mike Kelly
As friends of Mike's mother, Barb, we wish to extend our deepest sympathy to all of Mike's beloved family. May God bless you all.
Carolyn Mammen
Condolences to Diahn and family for the loss of a husband and father. I did not have the honor of knowing Mike but work with Diahn. I will keep the family in my prayers during this difficult time.
Betty Myers McGlynn
My condolences to all of the Hess family. I hadn't seen Mike for many years, but still remember him as a really good person who was so fun to be around.
View all