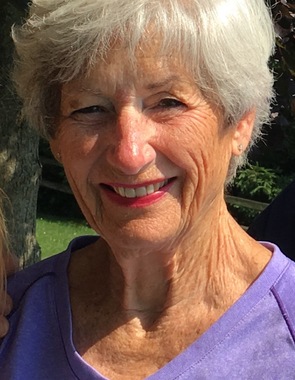 Back to Nancy's story

Nancy Lou (Mott) Hanson of Alden, beloved wife, mother, grandmother, sister and aunt, passed away on September 1, 2019. She died at home on Torch Lake as dawn was breaking over the shore, with the call of loons serenading her as she passed. Nancy will be lovingly remembered by her husband of 58 years, Dale; her children Ann Isola (Dan), John, Julie Schmidt (Trent), and Tom; her sister Marilyn Gray; sister-in-law Barbara Hanson; and her grandchildren Michael (Alyssa) and Matthew Isola, Forrest (Brittney) and Stephen Hanson, Natalie and Coleman Schmidt, and Carter, Ethan and Eliot Hanson.

Nancy Mott was an Ypsi girl who lived her whole life in Michigan. She graduated from Central Michigan University with a teaching certificate before marrying Dale on August 12, 1961. She and Dale began their lives together in Saginaw, where their four children were born. They moved to Rochester in 1974, where they lived until building "Hanson's Haf-Aker" in 1995 - their retirement home on Torch Lake.

Nancy set down deep roots in every community she called home. Despite having four kids in six years, she joined PEO where she served on chapters in Saginaw, Rochester and Elk Rapids. Her dedication to PEO's philanthropic and educational mission was a life-long devotion and she was recently recognized for 50 years of service. In Rochester, she directed the children's choir at University Presbyterian Church in addition to her "day job" of teaching music at Kingsbury School in Oxford. After moving up north, she became heavily involved in the Friends of the Alden District Library and the Three Lakes Association. She also played "mean" games of Tennis, Bridge, Euchre, Mahjong, and Canfield.

Even after being diagnosed in 2015 with the cancer that would eventually end her life, Nancy didn't slow down. She didn't battle cancer so much as she just ignored it. After her diagnosis, she started (through the Friends of the Library) a writing competition for local schoolchildren that she was determined to ensure was established enough to persevere after her death. She agreed to serve as the co-director of the choir at Church of the Hills in Bellaire, where she endeavored to challenge the choir to sing more complex and difficult pieces (while also striving to catalog the church's sheet music repository). She remained gracious, lovely, and open-hearted to the end -- in the days before her own cancer returned with a vengeance, she made soup to help comfort another dear friend who had just received her own cancer diagnosis.

We are eternally grateful to Dr. Michael Nizzi, whose expertise and care gave her four more years of life, and whose humanity was a great comfort when the cancer returned. Nancy was also blessed by the support of her PEO sisters, who showed her and her family the same generosity of spirit that she provided so many others through the years.

Nancy spent her final days in the front room of her home, where she could see the lake and feel the shore breeze. She was surrounded by Dale and her children, grandchildren, sisters, nieces and nephews, as well as scores of friends and colleagues. There was laughter, tears, song and, in the end, peace.

A Memorial Service will be held at Church in the Hills, 6401 Shanty Creek Road, Bellaire, MI on Saturday, October 12 at 1:00 p.m. In lieu of flowers, donations may be made to: Friends of the Alden District Library (Nancy Hanson Memorial Fund).
Published on September 7, 2019
To plant a tree in memory of Nancy Lou Hanson, please visit Tribute Store.

Plant a tree in memory
of Nancy

A place to share condolences and memories.
The guestbook expires on December 05, 2019. 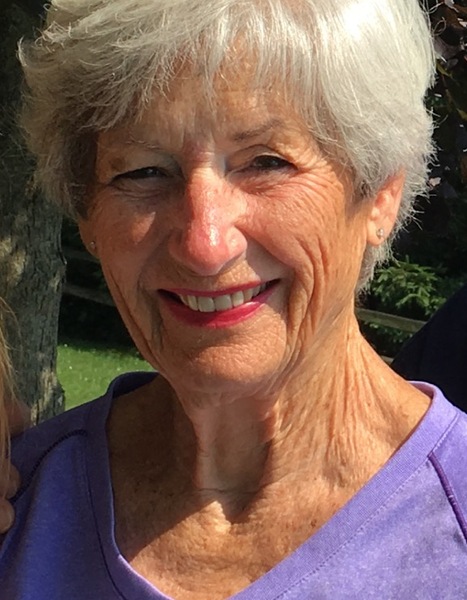