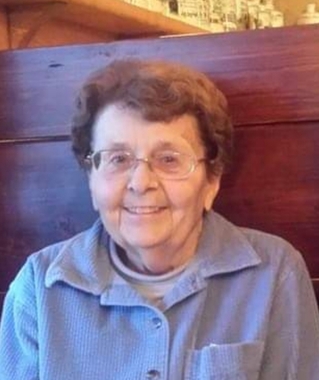 Back to Patricia's story

Patricia Ann Sanderson, a spirited, principled force in Michigan politics, passed away at home in the care of her husband, Richard, on Dec. 24, 2019. For years she helped create the spirit of good government at the state and local level.
Pat was born in Chicago on Jan. 30, 1935 to Charles Donaldson and Vera Hartley. Early in life she worked toward a degree in health care from Valparaiso University, and her studies were interrupted, as so often happened in that era, by family responsibilities. She and her first husband, Russell Bell, had children Steven and Gregory.
In 1975 she met and married the love of her life, automotive engineer Richard Sanderson, and together they lived a life of deep involvement in advocacy and involvement in state and local politics. Pat lived her last decades with Richard in the family home on the beautiful shoreline of Lake Michigan near Elk Rapids.
During an especially formative period of Michigan politics, when environmental law, women's rights laws and civil rights laws were blossoming, Pat was deeply involved in policy and legislative action. She was a leader in the Michigan Republican Party during the years when the Milliken concept of government was active. She was a Congressional District Vice-Chair for the Republican Party in Oakland County. She also served on the Republican State Committee in Lansing.
Richard remembers Pat as "steadfast and determined," one of a capable corps of post-war women who not only raised close-knit families but devoted their intellect and education to furthering all women's rights. She worked for 13 years on the Oakland County Canvassing Board ensuring voter access and accountability. She served on the Birmingham Housing Commission, advocating for senior housing. In 1982 she was appointed to the Michigan Women's Commission by Governor William G. Milliken and continued to serve on the Commission under Governors Blanchard and Engler. As a commissioner, she helped create legislation supporting improved health care for women and children.
In 1989, after moving to the Elk Rapids area, she was enlisted to serve on the board of Northern Michigan Planned Parenthood (NMPP), serving for 13 years. During her tenure she helped to plan the merger of NMPP and Upper Peninsula Planned Parenthood. During the same time, she served on the Antrim County Jury Commission. In 2017 Planned Parenthood recognized Pat's contribution by bestowing her the "Katie Award." To the end, she remained an articulate, informed, engaged citizen of Michigan and Antrim County, both of which she loved. When she spoke, she looked you in the eye with sincere interest and the expectation you were similarly engaged in issues that matter.
Pat is survived by husband, Richard; sons, Steven and Gregory (Kelly); and grandchildren, Andrew, Allison, Matthew and Nathan. Pat took special delight in Allison's participation in the 2018 Women's March in Austin, Texas.
In accordance with Pat's bequest, her body has been donated to Michigan State University College of Medicine. A celebration of Pat's life may be planned for a later date, on a beautiful day when the Lake Michigan waters drift under the brilliant, clear air of northern Michigan.
Please share a memory of Pat's life by visiting her tribute page at www.reynolds-jonkhoff.com.
The Reynolds-Jonkhoff Funeral Home and Cremation Services is serving the family.
Published on January 5, 2020
To send flowers to the family of Patricia A. Sanderson, please visit Tribute Store.

Send flowers
in memory of Patricia

Pam Haley
It breaks my heart that this champion of human rights has passed on. I have cannot begin to start with all the memories of our times together , especially the great parties you guys had and especially how generous you two were to us all. My 40th birthday and airline tickets wow!
But mostly our weekly times spending with you two at the Hannah Lay room in the good ole days.
We lost touch but trust me but the memories and love never did❤️
Don Sharpe
Dick, James just reached out to me to let me know of Pat's passing.
You have my deepest condolences . I am truly saddened at this loss. Cherished memories of Pat (of you both) I carry, and always will my whole life. We will miss her wisdom, her humor, her dedication to humanity, an incredible advocate for justice and peace. We have lost a champion among us, but Heaven has certainly gained....May she rest in peace.
Albert & Brenda Quick
Our prayers are with you, Dick, as we remember what a wonderful woman Pat was. She was a dedicated, civil rights activist and fought hard for a better life for all. She truly was one of life's heroes and will be sorely missed.
Lois Sagamang Downs
Jan. 13, 2020
Dick I am very sorry to hear of your loss.
Lou Ann
Pat was as inspiring in person as she is in this tribute to her selfless giving of herself to her many interests.
Sandra Allen-Cary
Dick I am so very sorry for your loss. Pat will always have a special place in my heart. Every year I will continue to share our special day and think of her fondly.
View all