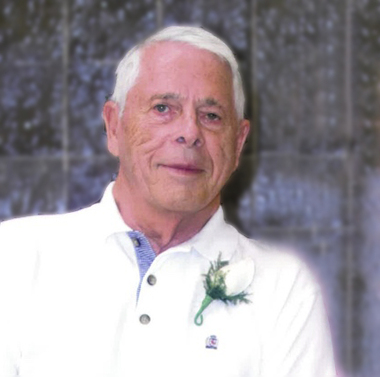 Back to Theodore's story

Theodore "Carl" Fales, of Cadillac and formerly of Traverse City, passed away on Thursday, Feb. 6, 2020 at Green Acres Living Center, with family by his side. He was 93.
He was born on June 4, 1926 in Eckerman, to Theodore and Elsie (DeYoung) Fales. Carl proudly answered the call of duty serving in the United States Army Air Corps. He married Iva Korleen Fales on Sept. 3, 1948 in their hometown of Manton. The couple spent over 71 years together until her time of passing on Dec. 6, 2019.
Carl loved to travel with his family and their pop up camper. They enjoyed trips to New York and Montreal, Canada for World Fairs, Washington, D.C., the Great Smokey Mountains, and the Upper Peninsula of Michigan.
Along with Iva they remodeled a few homes throughout the years as they resided in Cadillac, Saginaw, Clare, Flint, Fife Lake, Manton, Traverse City and eventually Cadillac once again. Hunting and fishing with family, puttering around the house and yard, and occasional rounds of golf entertained him after his retirement in 1983 from Michigan Bell Telephone Company with 35 years of service. He became accomplished at wood carving and oil painting during his retirement.
Carl and Iva spent many winters in the sunny south and occasionally went on cruises. His favorite dessert was a yummy piece of rhubarb pie with a scoop of homemade ice cream.
Carl is survived by his daughter, Constance "Connie" Fales, of Norton Shores; Charles "Chuck" (Valerie) Fales, of Cadillac; and Julie (Kevin) Dodge of Clio; his grandchildren, Adrienne (Matt) Rasmusson, Lyle (Jaclyn) Dodge and Jamie Fales; great-grandchildren, Christopher, Katie, Makenna and Chloe.
He was preceded in death by his father, Theodore W. Fales; mother, Elsie Fales; sister, Joyce Fales; loving wife, Iva Korleen Fales; and grandson, Andrew Fales.
A committal service will take place in the spring at Bloomfield Township Cemetery in Manton, where Carl and Iva will be laid to rest alongside their family.
Memorial contributions may be directed to the Cadillac Area Honor Guard at 1225 Laurel Street, Cadillac, MI 49601.
Condolences and memories may be shared with the family online at www.Hitesman-Holdship.com.
The family is being served by the Hitesman-Holdship Funeral Home.
Published on February 15, 2020
To send flowers to the family of Theodore 'Carl' Fales, please visit Tribute Store.

Send flowers
in memory of Theodore