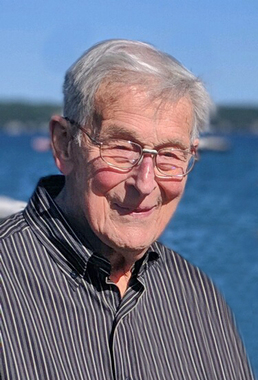 Back to William's story

William R. "Bill" Brown died Feb. 7, 2020 in Traverse City.
Bill was born April 16, 1929 and raised in Sault Ste. Marie. He proudly claimed his greatest high school accomplishment was persuading his girlfriend, Beatrice Chadwick, to marry him. In 1951 Bill and Bea were married.
They had four children, Jill (Fred) Trull, Michael (Mary) Brown, Beth (Robert) Woods and Robert (Dawn) Brown. In addition they were American parents of their Vietnamese son, Nicholas Brown, and foster parents of several children. Grandchildren and great-grandchildren were their pride and joy: Jessica (Bryan) Halker, Samuel Halker, Megan (Pete) Benbow, Ryan Brown, Shawn Brown (Jason Bott), Riley Bott, Evie Bott, Gannon Bott, Christopher (Erica) Woods, Hunter Woods, Kelli (Jay) Weber, Grace Weber, Charlotte Weber, Ella Weber, Dillon Brown and Alexa Brown.
Bill was close to his many nieces and nephews and had a special relationship with his nephew Andrew (Erica) Chadwick and children; as well as niece, Holly (Mohammed "Haloup" Mashaleh) Chadwick; and sister-in-law, Helen Marie Chadwick.
Bill is survived by his sister, Helen Brown (Carl) Luepnitz.
Bill was preceded in death by his parents, Charles O. Brown and Elizabeth Gordon Brown; brothers, Walter and Robert Brown; and his son, Michael Brown.
Bill received a Juris Doctor degree from University of Michigan and served two years in the U.S. Air Force as lieutenant before moving to Traverse City in 1955. He practiced law for 18 years before he was elected Circuit Court Judge. He served Grand Traverse, Leelanau and Antrim Counties for 18 years as Circuit Court Judge.
Upon retirement, Bill and Bea continued to enjoy the love and fellowship of family and friends in their home on Mickey Lake and at their cabin on Whitefish Bay in the Upper Peninsula.
They enjoyed travel and volunteer projects, in particular annual work missions with a volunteer group known as the Twenty Niners. Bill and Bea were active in Habitat for Humanity and Meals on Wheels for many years and Bill was also a member of the Lions Club. Since 1956 Bill and Bea have been active members of Asbury Methodist Church, now known as Traverse Bay United Methodist Church.
Bill was an exemplary husband, father, grandfather and friend. He was modest in nature, kind beyond measure, and generous in spirit. He was a man of few words and profound wisdom. The world was a better place with Bill Brown's presence, and he will be sorely missed.
Arrangements have been made for a private burial, and a memorial service to be held at Traverse Bay United Methodist Church on Thursday, Feb. 13 at 11 a.m. Memorial contributions, in lieu of flowers, may be made to Traverse Bay United Methodist Church.
The family is being cared for by the Reynolds-Jonkhoff Funeral Home.
Published on February 9, 2020
To plant a tree in memory of William R. Brown, please visit Tribute Store.

Plant a tree in memory
of William

Bill Howard
Sad to learn of Bill's passing. Great memories of the many stories we shared during his office visits. It was truly a privilege to take part in his medical care over the years. My best to the family.
Jim McCormick
Bill was born to be a judge. He epitomized humility and respect for everyone in his courtroom. He was a great listener, but when he finally gave his opinion you could count on Judge Brown for practical wisdom and restraint.

Shelley Thayer
My prayers and support are with you as you celebrate the life of this amazing man who made a positive and lifelong impression on so many people. He was one of the “good guys”.
louise Uphold
What a beautiful tribute to your father/father-in-law, Bob and Beth. He will long lenger in the hearts and memories of many that he touched . You are remembered with warmth, sympathy, and understanding in this time of sorrow. Sorry it is not possible to be with you, your family and friends in person but we will be with you in spirit. God Bless. Russ let me know.
Dick DeGrand
Deepest sympathy on the loss of your Dad. Even though we know it is inevitable, when the day finally comes the pain is severe. From what I know of you, Bob, I'm sure you made your Father very proud.
Bunky and Buzz Townsend
We never met William, but knew his son Mike and his daughter-in-law Mary. Mike was an amazing man. He must have had a wonderful role model! Rest in peace William.
Cammie (Curtiss) Freeman
So sorry to hear about the loss of such a wonderful man. Love this family! I have many great memories of them from church and church activities. He had an infectious smile that I will always remember. My prayers and love go out to the family during this difficult time. ❤️
Mohammad Al mashaileh
God bless his soul and my deep condolences to all family May he rest in peace
View all 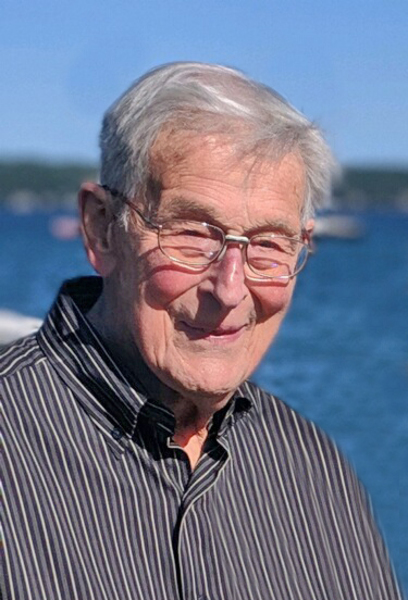