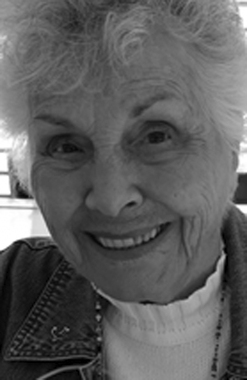 Back to Wilma's story

Our wonderful mother, Wilma T. Elliott, passed away peacefully on March 10, 2020. Wilma was born on May 9, 1930 in Hannah, to Joseph and Lena Bauer. She graduated from St. Mary's of Hannah High School in 1948, and married Maynard Elliott on Sept. 16, 1950.
Earlier in life Wilma was employed as a secretary for the Fochtman Motor Company. After raising her children on their farm in Buckley, she was employed as a secretary for the school system and also the post office.
Wilma was a member of St. Mary's of Hannah Church. She enjoyed wildlife, gardening and quilting. She created many handmade quilts for her kids and grandkids. Wilma was also a ferocious card player. She enjoyed spending time with friends on Duck Lake Peninsula and at the Interlochen Senior Center.
She was very proud of her children and grandchildren, and will be remembered as a thoughtful, kind, and loving mother and grandmother.
She is survived by her children, Mary (Steve) Balbach, Carol (Bob) Elliott-Schlitts, Jeffrey Elliott, Cheri (Don) Haines, Katie (Scott) Elliott-Weber; eight grandchildren and 11 great-grandchildren. Also surviving is a sister, Romona (Sherwood) Herman; and brother, John (Eva) Bauer.
Her husband, Maynard, passed in 2005. Her sister, Dorothy, and brother, Richard, also preceded her in passing.
Cremation has taken place; a memorial service will be held at a later date.
Contributions in her memory may be made to St. Mary's of Hannah Church.
Condolences may be left on the Covell Funeral Home website at Dignitymemorial.com.
Published on March 22, 2020
To plant a tree in memory of Wilma T. Elliott, please visit Tribute Store.

Plant a tree in memory
of Wilma

A place to share condolences and memories.
The guestbook expires on June 18, 2020.

Chris Washburn
Truly Wilma became family over the decades as her neighbor for the last 20 years plus on our little piece of the world. She had a wealth of wisdom, character and class that in any time period at any age in any generation was easy to admire. I felt we shared appreciation for some of the simplest things in life and always had that in common, nice yards, the beauty of the area,, change of the seasons, a nice fire, and valued our family and friends, and a few beverages to name a few of our shared values and simple joys. I never took a good neighbor for granted and knew when ever one of us were gone it would be far to fast, that all said we always knew what we had and apprchited it. I love you... Wilma, the best things in life are never planned, you were a great accidental blessing! Enjoy your next chapter...Read more
Laurie Renaud- Blanchard
I am so sad to hear of Wilma's passing. Everyone loved Wilma, as a student at Buckley Schools she absolutely made my days at the school so much easier. She had such kind words and very loving ways about her! Truly a gem for Buckley community and where ever she went. Fond memories for sure.
Maxine Steinmiller
We are so very sad to learn of Wilma's passing. I truly loved that lady!! Lady she was!! She was full of energy and we ALWAYS greeted each other with a big HUG. (Can't do that now). I had no idea of her age as she was so perfectly groomed and beautiful, always. She was always trying to get my husband, Jim, to play
euchre with the gang. She sure loved playing cards and going to the Senior Center at the Rock or Interlochen. I miss her so much already. We seen her at St. Pat's Church often, as well. Rest in Peace, dear friend. We extend our deepest sympathy to her entire family, with Love. She is at peace with our Lord.
Nancy (Pulaski) Morairty
I remember going in to her office on the third floor of Buckley School on the last day of school every year. I always needed to get the combination to my lock, as I never used it. It was always a pleasure to see her smiling face in Mr. Anderson's office.
Pat Youker
So sorry for your loss. I will always remember your mom with a smile on her face. She was always so nice when I would come over to the house in Buckley. I remember how nice your home was when your parents did the addition & your mom made the living room drapes, I just thought she was so classic in every way. It was a honor & pleasure to know her.
Dan and Zerelda Hammer
We always enjoyed visiting with your folks when we were in Michigan. Our condolences to your family.
Dan and Dawn Bauer
So sorry to hear of Wilma’s passing. She was such a great lady. So loved by everyone who had the pleasure of knowing her. Prayers for her family. .
Patricia Hambleton
I will miss Wilma's famous white geraniums and her smiles as she enjoyed a good game. Loved her!
Lex Armour
Wilma was a wonderful lady. She was so patient and thorough when she trained me to take her place as secretary at Buckley school. She was a tough act to follow. It was such a pleasure to call her a friend. God bless you, Wilma.
View all 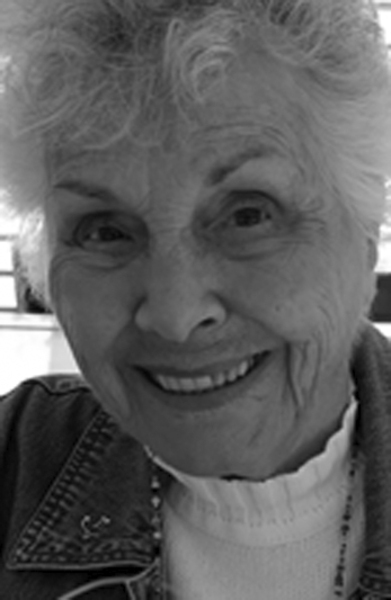